The Shipleys come to the Eastern Shore

Dons family comes for a visit and Trump talks trash Damn it Don! You are making me want to go duck hunting!

Gotta Spare Bed here Shipley, Lest Go Bar Hoppin When You Come Up To Baltimore .... TRUMP 2016

Toms River, nj here, crabs are still plenty in the traps. Its been a great season for blue crab. Better than years ago. Not as big as in Maryland. Love to stop in Ocean City for some. Ball sack here, over and out good buddy. I've been avoiding looking at your opinion on Trumps "trash talk". We'll probably end by disagreeing but I'm gonna give it a shot. I saw how upset you were by the creepy disgusting images and words DB inflicted on you. Trump and that Billy Bush were bragging and trash talking but it was more. Trump said I'm on them, I'm on them like a bitch. You can kiss them and they let you because you're a star. Billy cackles and Trump says yeah grab them by the pussy. He is saying things he's done in his position of wealth/power/fame. These women don't just let him cuz he's a star. He catches them, he's a predator. The 13 year old girl who got Jeffrey Epstein convicted of pedophile rape was working at Mar-a-Lagos. Trump either introduced her or pointed her out to his billionaire buddy Jeffrey Epstein. Trump has been to Epstein'/ private island called "pedo island" where he brings underage girls as young as 11 or 12, for fun with his friends like Trump and Bill Clinton. Vote for him if you want but he's just as bad as Clinton. There is more if you want the real truth. Personally I am disgusted by the whole GD election. I think it's time to storm the Bastille and start chopping heads on these MFs. I don't need wimpy but I sure don't want sexualpsychopaths for prez again!!!

Oh, yes.... Dallas the Village Idiot. In case you missed this (and it was quite well buried).  I'll be further verifying this tomorrow.

SUBJECT: Conduct Unbecoming of a member of the Special Forces Association; Expulsion

REFERENCE: Special Forces Association Constitution dated 1 January 2009, Article IV, Membership; Section VII, Termination of Membership; Paragraph C, Falsification or misrepresentation in an application, or any arbitrary actions, deeds, or behavior, by a member which brings discredit, humiliation, or embarrassment upon the Association shall be grounds for expulsion from the Association.

This letter is to inform you that a preliminary finding has been made that you have violated the above quoted Constitutional Provision. As such, it is the determination that your conduct was so egregious as to constitute valid and just grounds for EXPULSION from the Association.Your violations include, but may not be limited to the following:

1. That you claimed to be a fully qualified Special Forces Soldier;
2. That you claimed to have served as a qualified Special Forces Soldier in Vietnam;
3. That you made false representation as to your qualification in unit assignments on your initial application;
4. That you wore our sacred symbol of excellence at times and places in contravention of existing Army Regulations;
5. That you disrespected fellow members of our Association;
6. That you disrespected the widow of a deceased member;
7. That you abused your status as an Associate member.

In many ways your conduct is more severe than an outright fraud. An outright fraud has no exposure to our customs and traditions. As an Associate member you have such exposure. We granted you a sacred trust; the ability to live and walk among us. Simply stated, you violated that trust.For these reasons and more, it is the determination of our national Board that you are hereby EXPELLED from the Special Forces Association.

You have the absolute right to appeal this decision.To do so, you must file a written notice of such within 30 days of the date of this letter. Any such appeal must be filed with your factual response with supporting documentation, if any. Any such appeal does not act as a stay of our decision. If you do file an appeal, in due course an Appeal Board will be appointed and convened. The time and place of hearing will be determined and conveyed. After the hearing, the decision will be rendered and the decision of the Appeal Board is final.

Latest posted message to Wittgenwhateverthefuckhisname is....thought you would get a smille.

Do you have feelings of inadequacy because of your little bitty prick? Do you suffer from shyness? Do you sometimes wish you were more assertive? If you answered yes to any of these questions, ask your doctor or pharmacist about Tequila®.

Tequila® is the safe, natural way to feel better and more confident 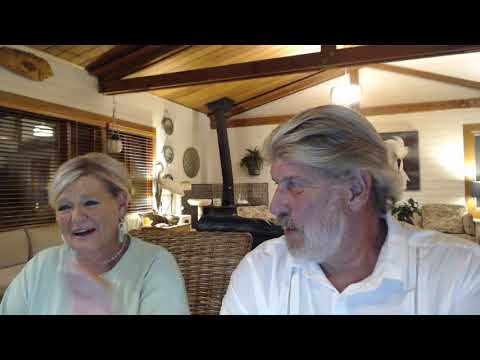