Dons been gone 6 days and everythings gone to hell n a hand basket. Diane struggles to keep the place running without

Hi All... I hope everyone is going well! I wish I had time to post more, I've been gone so long that I feel like I don't know as many peeps as I used to...
Either way, it's damn good to be back!

Miss Diane I hope the AC holds up for your Momma and Miss Debbie, I think you will be just fine!

Glad to hear all of th updates, that place is going to look simply amazing!

Diane, I'm only an hour away if you have an emergency.....If I ride my bike, make it 35 minutes tops! If there's an Autozone or maybe even a Wal-Mart nearby you can get some stop leak for your A/C system. If so, get the stuff that's in a small can by itself and then you get a couple cans of refrigerant to go in after the stop leak stuff to blow it out of the orifice and to refill the system. It works very well and will stay in the system and plug future leaks too.

Hope I'm not stealing anyone's thunder, but this just in from the Federal Court system... This is being smeared all over every thread Bernath has left. Hope you enjoy....the Judge in Maryland is evidently a little bit put out with Mr. Bernath...

WHOOPEE TI YI YO!!! ROCKIN’ TO AND FRO….
THE VILLAGE IDIOT, DANIEL BERNATH, IS BUSTED AGAIN….

The Clif Note version is that Judge Bredar ordered that the case be CLOSED. In doing so he had some interesting comments regarding the Plaintiff (Daniel A. Bernath):

“The plaintiff who purports to be an attorney…filed a response.{that is} convoluted, difficult to follow, and ultimately of little assistance….”

“It is largely incomprehensible”

.“Requisite minimum contacts have not been demonstrated to the Court’s satisfaction”.

“The Complaint and particularly the response to the motion to dismiss are fatally incomplete.”

“…it would have concluded on all claims the Plaintiff has failed to meet his…obligations in that he has not plead facts that coherently establish the plausibility of his claims.”

“Given the relative incoherency of the Plaintiff’s claims and his fuzzy attempts to defend against Motion to Dismiss, the Court concludes that the proper course is to exercise its discretion and simply DISMISS the matter. It does so now.”

“The Court urges him {Plaintiff} to first reflect and then reframe his complaint so that it is concise, straight forward, and thorough in its assertions.”

In short, Danny Boi, you just got your ass handed to you…. AGAIN.LOL…. What a Moron.

how about this guys AC

Diane, sister was visiting today. Showed her the Sneak Peak Video - for the Charity. Told her what you guys are planning. After watching video she ask... Can you forward that to me?  I know some people that would be very interested in donating. Told her not yet, but soon! You should have seen her face while watching! I had the biggest grin on my face also. Just to be able to share with someone the Charity that you and Don are about to launch and what its all for.

Thanks for the update! Hope all goes well for you...no more problems!

we went to the London Chop House in downtown Detroit tonight. a beautiful warm city night. had a wonderful dinner. I had an Australian Wagyu cut of beef that was incredible. she had a filet. they played live Jazz detroit style. we're stuffed and happy.

took my wife out for a 16 oz Prime rib tonight for her mechanic work on Thursday. rare just as she likes them.
her PR looked huge compared to my 11oz serloin. 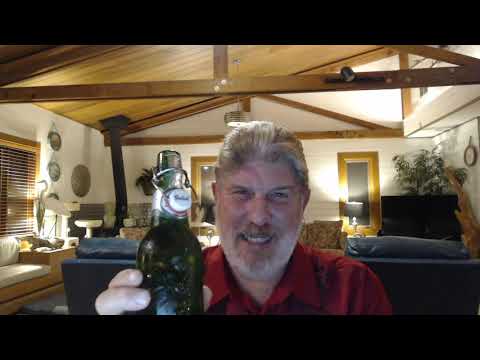